US Sanctions Seven People as “Serious Threat” to Balkan Stability

The US Treasury designated seven individuals from Albania, Bosnia and Herzegovina, Montenegro and North Macedonia, accusing them of corruption, criminal activity and destabilising behaviour. 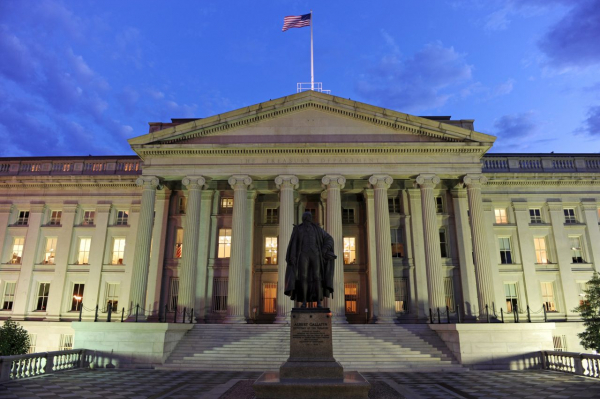 A picture made available on 16 September 2008 showing the US Treasury Department building in Washington, DC, USA on 15 September 2008. Photo: EPA/MATTHEW CAVANAUGH

The United States sanctioned seven people in politics, media and justice in the Balkans on Monday, calling them a “serious threat to regional stability” and the cause of democracy.

The individuals – from Albania, Bosnia and Herzegovina, Montenegro and North Macedonia – were “designated” by the US treasury department’s Office of Foreign Assets Control, OFAC, meaning their assets are blocked and US persons are generally prohibited from dealings with them.

They include Albanian former MP Aqif Rakipi of the Justice, Integration and Unity Party, PDIU, whom OFAC described as having ties to organised crime in the city of Elbasan and nominating “cronies to key public positions in Elbasan and Tirana,” the capital.

Rakipi lost his seat in 2018 under a law to bar convicted criminals from holding public office, but his 27-year-old son, Orlando, entered parliament following the last election a year ago on behalf of the ruling Socialist Party.

Also in Albania, OFAC designated media owner Ylli Ndroqi, accusing him of using media outlets formerly under his control to “extort and blackmail Albanian citizens through demands for money and advertising purchases in exchange for withholding publication of negative media stories.”

Special prosecutors seized Ndroqi’s assets, including TV Ora, in 2020 on suspicion his wealth was based on the drugs trade.

Also on the list is Svetozar Marovic, the last president of the State Union of Serbia and Montenegro, which dissolved in 2006, and once a close ally of current Montenegrin President Milo Djukanovic.

Marovic is currently in Serbia, where he fled to avoid a prison sentence for corruption on the basis of two plea bargains he agreed with prosecutors. Podgorica has been seeking his extradition from Serbia since 2019, so far to no avail.

From North Macedonia, OFAC designated former Prime Minister Nikola Gruevski, who fled a corruption conviction in 2018 and received asylum in Hungary, and his former chief of counter-intelligence, Saso Mijalkov.

Gruevski, who spent a decade in power between 2006 and 2016, “has continuously evaded capture for his 2018 conviction by a court in North Macedonia on corruption related charges, which represents a serious setback for accountability for corruption and corruption-related activities in North Macedonia,” the US Treasury said.

Mijalkov, it said, was involved in vote-rigging and an illegal wiretapping operation “that provided political and economic gain”.

“The people designated today constitute a serious threat to regional stability, institutional trust, and the aspirations of those seeking democratic and judicious governance in the Western Balkans,” said Under Secretary of the Treasury for Terrorism and Financial Intelligence, Brian E. Nelson.

The statement said it was the second action undertaken by OFAC under an executive order targeting those deemed to be threatening the stability of the region. In November last year, the US imposed sanctions on Kosovo Serb kingpins Zvonko Veselinovic and Milan Radoicic and 12 others, accusing them of involvement in a “large-scale bribery scheme” with Kosovo and Serbian security officials to facilitate the illicit trafficking of goods, money, narcotics, and weapons. 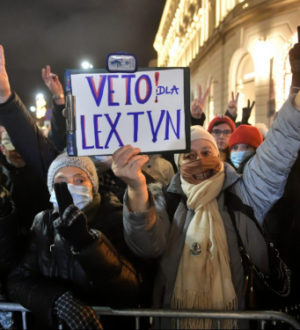 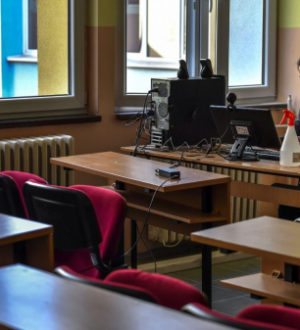 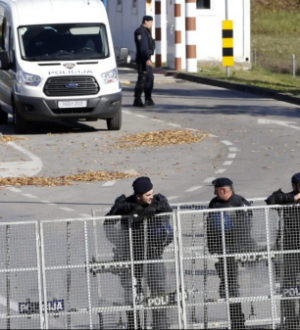