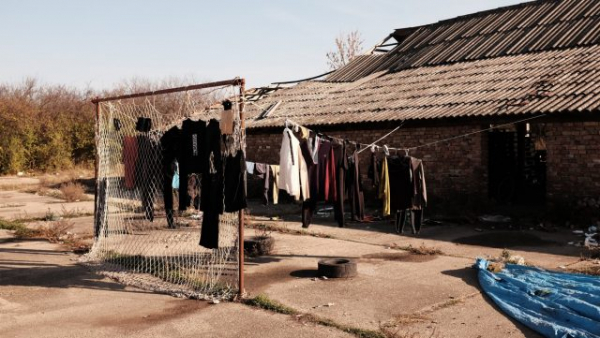 The house in Zrenjanin which the Vietnamese workers in Serbia are living. November 2021. Photo: A11/ Sara Nikolic

The European Parliament on Thursday adopted a resolution voicing its concern over “forced labour in the Chinese Linglong factory and environmental protests in Serbia“, with 586 votes in favour, 53 against and 44 abstentions.

It stressed the parliament’s concern over allegations of forced labour, human rights violations and the trafficking of around 500 Vietnamese people to the Chinese-owned Linglong Tire factory construction site in Zrenjanin, northern Serbia.

The resolution “urges the Serbian authorities to investigate the case carefully and ensure respect for fundamental human rights in the factory, especially labour rights, to provide the EU with the results of its investigations, and to hold the perpetrators to account”.

Noting that Serbia is “granting China and Chinese industrialists more and more legal privileges in the country, even when these are contrary to EU law,” the MEPs also express concern over China’s increasing influence in Serbia and across the Western Balkans in general.

They call on Serbia as an EU candidate country to “improve alignment with EU labour law and to comply with the relevant International Labour Organization conventions it has ratified”.

Serbian NGOs blew the whistle in November on the exploitation and possible human trafficking of Vietnamese workers hired to build the first Chinese car tyre factory in Europe.

They alleged that the workers’ passports had been confiscated and that they had been housed in dirty, cramped dormitories, with only two toilets for 500 men and little clean, warm water.

Although Serbia’s authorities insisted their working conditions were OK, a BIRN investigation showed that the terms of contracts the Vietnamese workers signed with subcontractors of China’s Shandong Linglong Tire Co, violated Serbian labour laws, from working hours to vacations and financial penalties.

Before travelling to Serbia, the workers had to sign a number of documents with an intermediary Vietnamese company, so-called “commitment forms”, which falsely explained working traditions and laws in Serbia, while also putting most of the obligations on the workers and few on the employer.

Legal experts claimed that, beside evidence of severe labour exploitation, this was also potential a case of human trafficking.

The EP resolution also mentioned concerns over “increasing violence by extremist and hooligan groups against peaceful environmental demonstrations in the country”, referencing recent protests in Serbia against the Anglo-Australian mining giant Rio Tinto’s projected lithium mine, and protests over the laws on Expropriation and Referendum.

Protests have taken place across Serbia against the rushed adoption of two laws, one of which is seen as opening the way for controversial foreign investment projects with a potentially damaging impact on the environment.

The resolution “regrets the amount of force used by the police against demonstrators”.

The protests, fuelled by concern over potential pollution from the planned lithium mine, threatened to became a challenge to the authority of the ruling Serbian Progressive Party and its leader, President Vucic.

During the protesters’ first road blockades on November 27, dozens of protesters were arrested, while videos showed unprovoked police violence.

In the town of Sabac, masked hooligans linked to the ruling party attacked protesters with sticks, hammers and even a bulldozer. The opposition called the violence a coordinated action and a defeat for the rule of law in the country.

The same resolution also “condemns the role of hooligan groups in the protection of the mural of the convicted war criminal Ratko Mladic in Belgrade, and corresponding incidents which have exposed close links between hooligans and the police”, and also “expresses concern over the authorities’ apparent unwillingness to ensure a permanent removal of the mural in opposition to both the wishes of the tenants and the formal municipal decisions”.

A mural with Ratko Mladic’s face appeared in Vracar municipality, Belgrade, in July. The municipal inspection service ordered the residents of the building on which it is painted to remove it in September – but no company wanted to accept the job.

In November, there were two assaults on the mural – one with eggs and the other with white paint. In the first incident, police arrested two female activists. Each time, right-wingers cleaned up the mural afterwards. The same happened on December 9, when the municipality of Vracar announced the mural had been “removed”, despite which young, unidentified males cleaned it up in less than two hours. 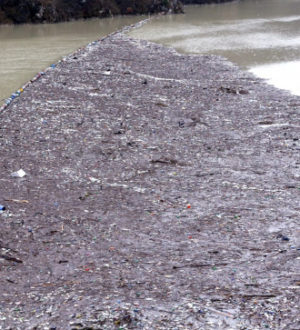 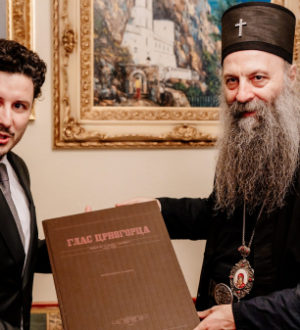 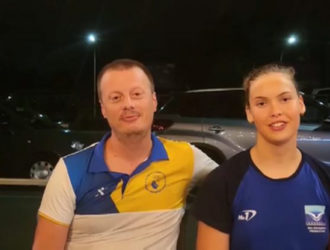