After more than two months of limited communication with the Bulgarian authorities, most of the crew of a ship stranded in the besieged Ukrainian port of Mariupol have arrived home on Monday. 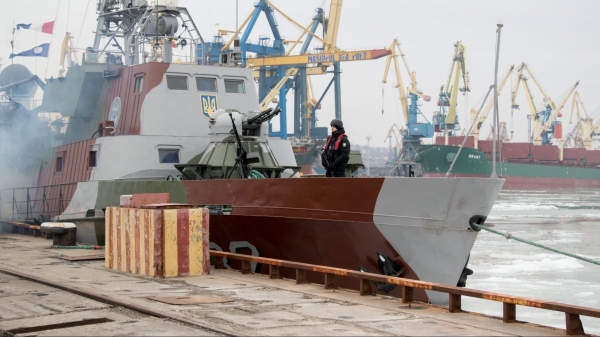 Fourteen Bulgarian seamen and one Ukrainian who have been evacuated from a ship that was stranded in embattled Mariupol, arrived on Monday in the Bulgarian city of Varna, the authorities said.

The crew of the Tzarevna arrived with a flight from Sochi in Russia and were welcomed by Prime Minister Kiril Petkov and Foreign Minister Teodora Genchovska. However, three Bulgarians and two Ukrainians have decided to stay behind on the ship.

Since the start of Russia’s invasion of Ukraine on February 24, the ship has been stranded in Mariupol, one of the cities that has been worst affected by the war.

Plans for evacuation were delayed because mines might have been laid near the coast off Mariupol, which has been bombarded by Russian forces and has seen fierce fighting.

In a statement on April 11, the Tzarevna’s captain Pavel Pavlov said that the ship was not seized by either Ukrainian or Russian forces, refuting claims made by Russian media that he Ukrainian army’s Azov Battalion had taken control over the vessel.

“We were mostly located in the below-sea-level zone of the ship so we could be safe from the attacks around,” Pavlov said.

In a further comment to Bulgarian media on April 17, Pavlov also said that despite limited access to the internet and other means of communication, the seamen had been in contact with a representative of the Bulgarian government since March 13.

However, the initiation of a safe corridor to evacuate started when a member of the crew single-handedly decided to approach Russian troops nearby, who gave the seamen an hour to leave.

On April 17, Russian news agency TASS and the Russian embassy in Sofia reported that the people on the ship had been placed in hotels and given food, and blamed Bulgarian Foreign Ministry for not answering requests to clear up the situation.

The crew of the Tzarevna have still not commented on how they were treated by the Russian authorities in the past few days.

The vessel, a bulk carrier, is sailing under the flag of Malta and is owned by Navibulgar, a company registered in Varna.

Another ship with Bulgarian seamen, the Rozhen, is currently located near the Ukrainian port of Odesa, but there is little information about whether the crew might also be evacuated.