Montenegro Arrests Ex-Head of Supreme Court for Abuse of Office

The ex-president of Montenegro’s Supreme Court, Vesna Medenica, was arrested for abuse of office after transcripts were published of her son saying she would protect his illegal dealings in cocaine and contraband cigarettes, media reported. 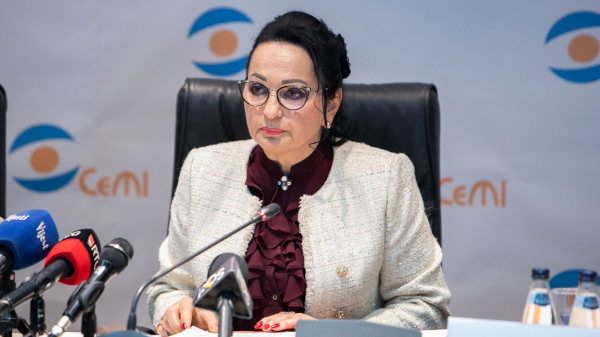 Vesna Medenica was arrested on Sunday at Podgorica airport after media published transcripts of exchanges of messages between her son, Milos Medenica, and police officer Darko Lalovic, in which they were arranging the purchase of cocaine and cigarette smuggling in the port of Bar.

In the transcripts of the conversations using the encrypted messaging application Sky ECC, Milos Medenica claimed his mother was aware of their illegal business and said that they can expect protection from her.

Media reported that she was arrested for abuse of office.

The Ministry of Justice, Human and Minority Rights said on Monday that Medenica’s arrest was a positive signal for the country’s fight against high-level corruption.

“We give full support to the Special State Prosecutor’s Office and other institutions leading the fight against high-level corruption and organised crime, so that there are no more untouchables in Montenegro,” the ministry said in a press release.

On April 6, Vesna Medenica denied the allegations against her and called on the authorities to investigate.

After her arrest on Sunday, she was hospitalised. Montenegrin Clinical Centre reported that she will be treated for a metabolic disorder.

Lalovic was then arrested last December and charged with setting up a criminal organisation and drug trafficking, while media reported he was cooperating with the Kavac gang, a group of drug-smugglers from the town of Kotor.

On April 7, the Special State Prosecution Office launched an investigation into Medenica, who left the country last December soon after Lalovic’s arrest.

On April 9, Milan Knezevic, one of the leaders of the Democratic Front, which is part of the country’s ruling coalition, accused the state prosecution and police of enabling Milos Medenica to leave the country.

On April 12, Montenegrin President Milo Djukanovic said the case will be a challenge for the prosecutor’s office and the judiciary. “There is no doubt that they will play their part professionally, examine all circumstances and inform the Montenegrin public about their actions in this case,” Djukanovic told a press conference.

Vesna Medenica resigned in December, several months after the decision to award her a third mandate as president of the Supreme Court was criticised by the European Commission and by NGOs in Montenegro.

She said she didn’t want to be an obstacle on the country’s path to European Union membership, and accused media and NGOs of undermining the authority of judicial officials and denying their achievements.

Medenica was first elected head of the Supreme Court in 2007 and was re-elected in 2014 and 2019. Before her first mandate, she was Supreme State Prosecutor.

But in recent years, the opposition and NGOs have accused her of delivering poor results in judicial reforms and of having political ties to President Milo Djukanovic and his Democratic Party of Socialists, DPS, which ruled the country for three decades.

In its 2021 report on Montenegro’s progress towards EU membership, the European Commission said that awarding the third mandate to Medenica “raises serious concerns over the spirit of the constitutional and legal framework, which limits those appointments to a maximum two terms in order to prevent over-concentration of power within the judiciary”.

In December 2019, media claimed Vesna Medenica was involved in property dealings with businessman Zoran Becirovic. According to the watchdog organization MANS, in 2015 Medenica sold a property in the town of Kolasin to Becirovic for 139,000 euros but did not report the sale to the Anti-Corruption Agency. By law, state officials must declare all changes in assets greater than 5,000 euros. Medenica denied the allegations.

Becirovic, seen as close to Montenegrin leader Djukanovic for more than a decade, is a former owner of several luxury properties in Montenegro and has business connections in Russia.

He sued MANS and the daily newspapers Dan and Vijesti for publishing claims about his alleged business ties with Medenica. 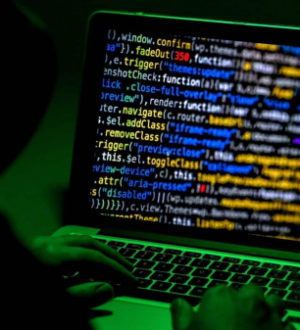 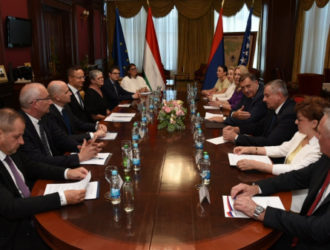