A second stray mine, presumably planted by Ukraine as part of its defences against Russia, reached the Turkish Black Sea coast, endangering maritime traffic. 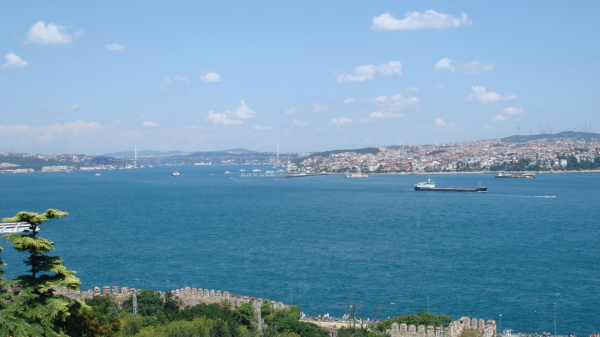 A view of the Bosporus, Istanbul. Photo: Unsplash/Sandip Roy

Turkey’s Defence Ministry on Monday said a second Ukrainian stray mine was detected a few miles away from Turkey’s Black Sea coast, near Igneada in Turkish Thrace.

“After the mine was detected, Underwater Defence SAS teams were sent to the location immediately. The teams secured the mine and work to deactivate it has started,” the Defence Ministry wrote on Twitter.

Another stray mine was detected and deactivated in Istanbul’s Bosporus on Saturday.

Defence Minister Hulusi Akar on Saturday said the old-type mine was neutralized by the SAS teams, a special army branch dealing in explosives and underwater security.

Russia’s intelligence agency, FSB, warned Turkey on March 21 that more than 400 mines were floating out in the sea after they parted from cables due to a heavy storm near Ukraine’s port of Odessa.

The mines were planted against a possible Russian landing from the sea, as part of Ukraine’s respone to Russia’s invasion, which started on February 24.

Ukrainian authorities dismissed the claim but mines have since started to arrive off the Turkish Black Sea coast and in the Bosporus, threating maritime traffic, harbours, fishery and Turkish warships.

Over the weekend, Turkish fishers had to turn back to ports and the Bosporus was closed to ships wanting to travel to and from the Black Sea.

The Turkish Defence Ministry said that the SAS teams, the Coast Guard, the navy and other related institutions were working jointly “to maintain maritime security”.

The ministry also called on fishers and other ships to inform the authorities if they see more stray mines.

The loose mines follow the flow of the current in the Black Sea, which runs approximately north-south to the Bosporus, which connects the Black Sea to the Sea of Marmara and then the Mediterranean. 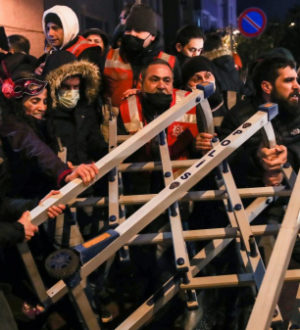 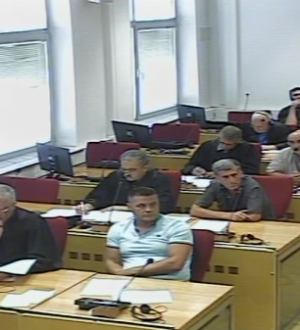