The suspension of a Serb judge in Kosovo – for attending a meeting with the President of Serbia – has prompted Kosovo Serbs to go out and protest and judiciary staff to go on strike. 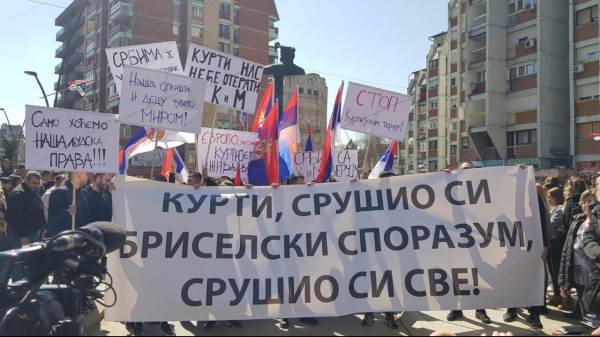 Kosovo Serbs staged protests in Gracanica/Gracanice and in the northern part of the divided town of Mitrovica/Mitrovice on Friday, after the head of the Mitrovica Basic Court, Liljana Stevanovic, was suspended for attending a meeting of Kosovo Serb representatives with Serbian President Aleksandar Vucic in Belgrade.

Goran Rakic, head of the Belgrade-backed Srpska Lista party and Minister for Communities and Returns in the Kosovo government, said no Serbian judges or judiciary workers in Kosovo came to work on Friday as sign of protest.

“As of today, in support of the dismissed president of the court, Ljiljana Stevanovic, they are also ‘suspended’, and will be so until Stevanovic returns to work,“ Rakic told the media.

“As of today, all of us political representatives who work in Kosovo institutions have also been suspended, and we will not work or perform any duty until the president of the court, Ljiljana Stevanovic, is returned to work,“ he said.

Rakic later clarified that by “suspended“ he had meant that Serbs would voluntarily stop working.

Several hundred people attended the rally in Mitrovica, holding banners that read: “[Kosovo PM Albin] Kurti, you destroyed the [2013] Brussels agreement, you destroyed everything” and “All we want is our rights”.

According to KosSev news portal, at least ten buses with Serbian licence plates came to Mitrovica from Belgrade and Cacak, in Serbia, which Srpska Lista denied in a press release.

Strpce/Shteprce mayor Dalibor Jevtic spoke at the protest in Gracanica/Gracanice, denouncing the suspension of Stevanovic and some previous decisions as “institutional violence“ against Kosovo Serbs.

“From this protest today, we demand that this – and this kind of – institutional violence be stopped as soon as possible,” Jevtic said.

The protests proceeded without incident.

Kosovo’s judicial governing body, the Kosovo Judicial Council, on Thursday suspended Stevanovic and established a panel to investigate her, after she and political representatives of the Kosovo Serb community met President Vucic in Belgrade.

This meeting came after Kosovo refused to allow Kosovo Serbs to cast votes in Serbia’s April 3 elections in Kosovo itself. Kosovo’s Western partners criticised the decision.

The 2013 agreement was designed to create a format for the eventual normalisation of relations between Serbia and its former province, whose declaration of independence in 2008 Belgrade has vowed never to recognise. 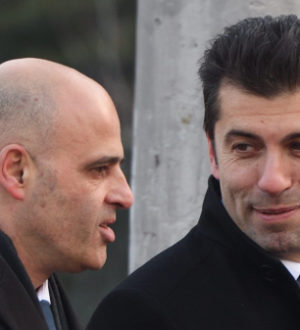