As hundreds of thousands of Ukrainians stream out their country in search of a safe haven from the war, Western Balkan countries are making plans – in case they are called on to share the burden. 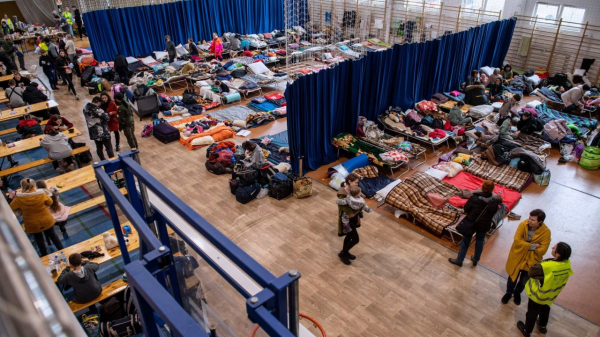 Refugees from Ukraine arriving to the sports hall at the primary school in Lubycza Krolewska near Lublin, Poland, March 4, 2022. Photo: EPA-EFE/WOJTEK JARGILO POLAND OUT

Western Balkan countries are preparing for a potential wave of refugees from Ukraine, as Russia’s military offensive in the country intensifies.

Some have already arrived, in small numbers. Montenegro’s Interior Ministry says ten or so have reached the country. Ministry official Zoran Miljanic said on Friday that they had settled in the homes of relatives.

Miljanic said two shelters near the Montenegrin capital, Podgorica, were ready for them, although the small Adriatic country does not expect a large number of Ukrainian refugees.

“We have no information about a possible larger influx of Ukrainian citizens to Montenegro, but these are unpredictable situations. We are ready for all scenarios,” he told the country’s public broadcaster. According to Interior Ministry data, 5,300 Ukrainian citizens live in Montenegro.

In Kosovo, parliament passed on Thursday a resolution asking the government to coordinate actions with international partners, and expressing a readiness to shelter up to 5,000 Ukrainian refugees. On Wednesday, the government allocated 150,000 euros to shelter 20 journalists from Ukraine for 6 months.

North Macedonia’s government on Thursday said it is preparing to admit Ukrainian refugees and has tasked ministries to prepare legal changes to ease entry procedures for Ukrainian arrivals, and extend stays of those already in the country, as well as to provide access to accommodation. Media reported on Thursday that four refugees had arrived to North Macedonia and were staying with friends or relatives.

Hoteliers in the tourist resort of Ohrid said on Thursday that they are willing to let out 30 per cent of their beds to Ukrainian refugees, which roughly translates to some 10,000 beds.

in Serbia, Ukrainian refugees were one of the topics at Friday’s meeting between Serbian President Aleksandar Vucic and Ukraine’s ambassador to Serbia, Oleksander Aleksandrovich.

Refugees from Ukraine on arrival at the sports hall at the primary school in Lubycza Krolewska, near Lublin, Poland, March 4, 2022. Photo: EPA-EFE/WOJTEK JARGILO POLAND OUT

According to the press release issued after the meeting, Vucic “expressed Serbia’s readiness to provide all kinds of humanitarian aid to the endangered population of Ukraine.

“He also expressed readiness to accept refugee civilians, to whom he offered the best possible conditions and hotel accommodation, as well as all rights to residence and work permits, in accordance with the rules of European Union countries … for which Ambassador Alexandrovic thanked him,” the press release said.

On February 28, Serbia’s Commissariat for Refugees and Migration said it was ready to accept Ukrainian refugees. Commissioner Vladimir Cucic told Deutsche Welle on 2 March: “We do not know the approximate number of people who will contact us, but our capacities range up to 1,500 places that can be opened this second.” However, he said: “We don’t believe we will need that much.”

Media reports say a few hundred Ukrainians have come to Serbia since the beginning of war.

Albania has not yet announced any plan about Ukrainian refugees who might come, although Prime Minister Edi Rama told media last week that Albania would welcome them, if they did.

In Bosnia and Herzegovina, only one Ukrainian family has arrived so far, to the town of Medjugorje, on Wednesday. Although Bosnia does not expect many refugees, the Security Ministry is still making preparations.

“Information is continuously exchanged with the competent international organizations so that, if necessary… Bosnia can adequately provide assistance to Ukrainian citizens who may seek protection,” the ministry told media outlet N1. It said Bosnia has facilities to host refugees in Delijas and Trnovo.

Bosnians who experienced brutal warfare in their own country in the 1990s well understand the plight of the fleeing Ukrainians. “Open the door for Ukrainian refugees, they are welcome in our country,” Vesna Bogunovic, one Sarajevo resident, told Radio Sarajevo.

However, Bosnian Serbs are more pro-Russian than Bosniaks and Croats, and their leader, the Serbian member of Bosnia’s state Presidency, Milorad Dodik, recommended Ukrainians not to come. “Do not come to Bosnia. Here it is even worse than there [Ukraine],” Dodik said on Wednesday. 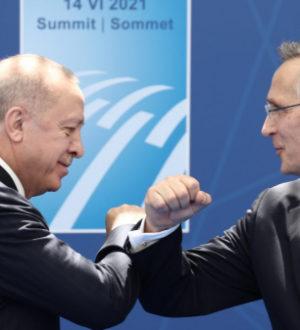 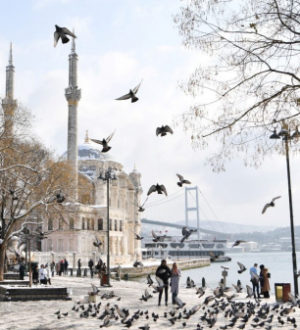