Ukrainians Arrive at Europe’s Borders as UNHCR Puts Displaced at Over 100,000

A view of a reception point for refugees from Ukraine established at the train station in Przemysl, southeastern Poland, 25 February 2022. EPA-EFE/Darek Delmanowicz Ukrainians Arrive at Europe’s Borders as UNHCR Puts Displaced at Over 100,000BIRNPragueBIRNFebruary 25, 202214:56 Ukrainian refugees continued to arrive by car and on foot at the country’s borders with the EU on Friday, as reports say Russian forces have reached the capital Kyiv.

The UN High Commissioner for Refugees (UNHCR), compiling figures from reports from national authorities and its staff and partner agencies, has estimated that over 100,000 people have been uprooted in the wake of Russia’s naked aggression, the refugee agency said on Thursday.

US officials and humanitarian agencies have warned that the number of refugees fleeing Ukraine could rise to between 1 million and 5 million over the coming weeks, depending on how long the fighting continues in Ukraine and the final outcome of the war.

The UNHCR said on Thursday it has stepped up operations and capacities in Ukraine and neighbouring countries. “UNHCR is also working with governments in neighbouring countries, calling on them to keep borders open to those seeking safety and protection. We stand ready to support efforts by all to respond to any situation of forced displacement,” a statement said.

All countries bordering Ukraine in the west – Poland, Slovakia, Hungary, Romania and Moldova – have opened up their borders to fleeing Ukrainians, with reports of local people picking up refugees and driving them to reception centres.

The Interior Ministry of the Czech Republic, which is the only Central European country not to share a border with Ukraine, said it had received hundreds of calls from people offering accommodation to refugees.

The Czech national rail operator has said all Ukrainians can travel for free, and has offered carriages to help evacuation efforts. An “evacuation train” with up to 800 beds that will travel to the border was due to leave Czechia’s second city over the weekend. Mobile operators have made calls to Ukraine free.

Hungarian Foreign Minister Peter Szijjarto announced that all five border crossings between Hungary and Ukraine are fully operational. Reports are of many Ukrainians crossing, some by car, others on foot, dragging their suitcases. Most are from the Hungarian ethnic minority living in the Transcarpathian region and have family or friends in Hungary, for whom they wait at the border crossing to be picked up. Some told the media they plan to stay for only a short time and hope to return in about a week, others said will never return if they find work. 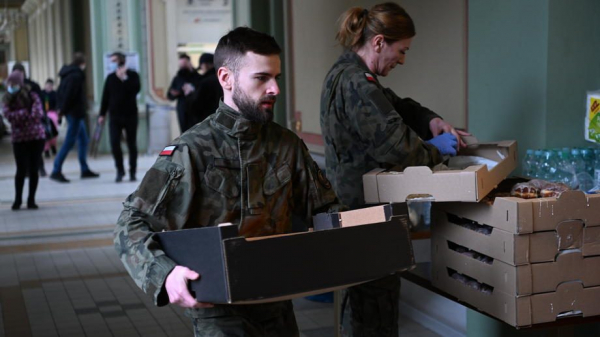 Polish soldiers of the Territorial Defence Force with food at a reception point for refugees from Ukraine established at the train station in Przemysl, southeastern Poland, 25 February 2022. About 29,000 people crossed Poland’s border with Ukraine over the past 24 hours, with thousands declaring themselves as war refugees, the National Security Department said. EPA-EFE/Darek Delmanowicz 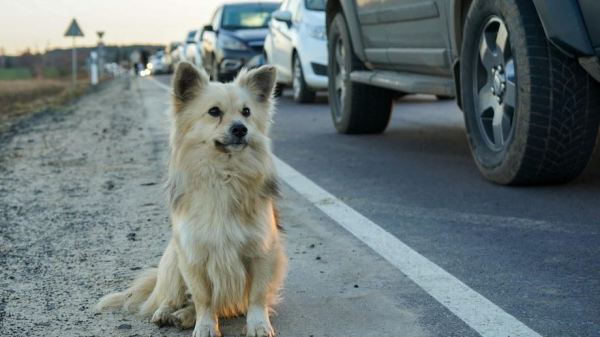 Vehicles line up at the Polish-Ukrainian border in Hruszow village, eastern Poland, 25 February 2022. Poland’s Interior Ministry said that the country’s Border Guard is prepared for the increased movement of people who will be evacuated towards Poland, as well as for the increased traffic of trucks, after Russia launched a military attack on Ukraine. EPA-EFE/Karina Sao 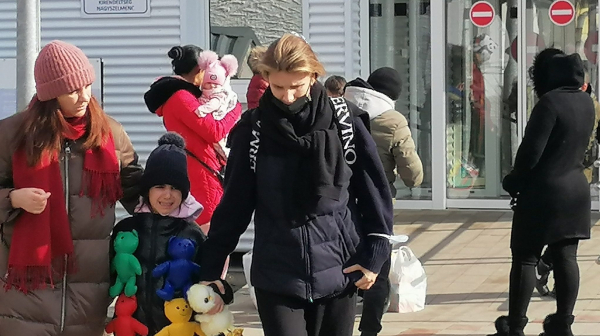 Children are among the refugees coming to Slovakia from Ukraine at the border crossing for pedestrians in the village Veľké Slemence, district Michalovce on Friday 25 February 2022. TASR/Jana Ďurašková 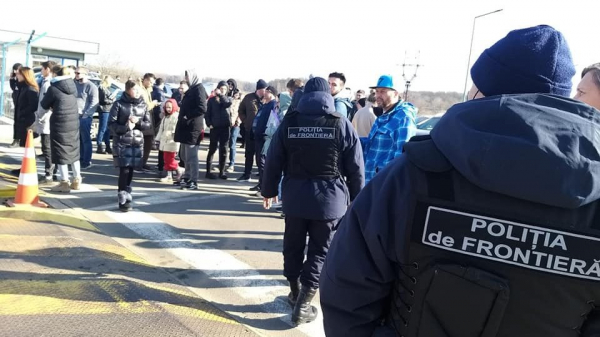 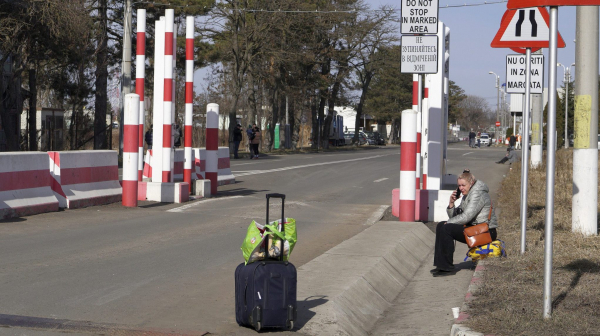 A Ukrainian woman sits on her baggage at the side of the road after crossing the Romanian-Ukrainian border crossing in Siret, Romania, 25 February 2022. According to statements of the Romanian Interior Ministry, 10,624 Ukrainian citizens entered Romania, and 3,336 of them left Romania for other destinations in the last 24 hours. EPA-EFE/CASIAN MITU 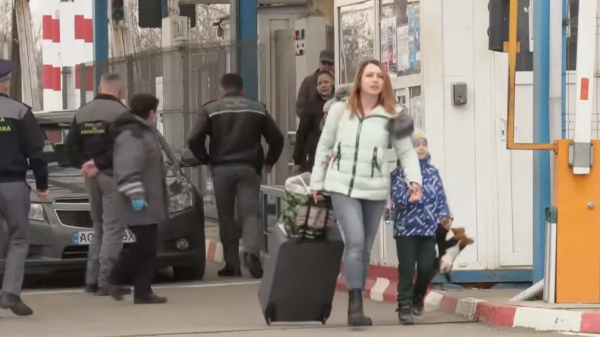 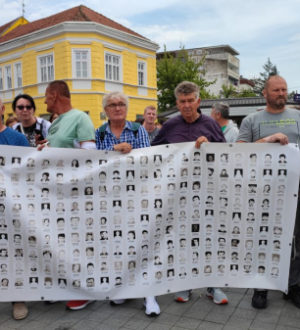 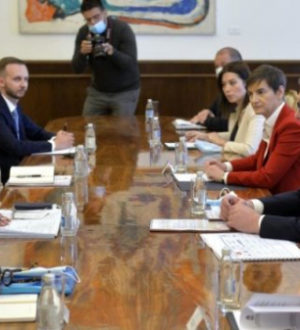