A witness testified that a Croat who is suing Serbia and nationalist politician Vojislav Seselj was not cheated when he had to swap his house in Serbia for one in Croatia in 1992 because of the fear of persecution. 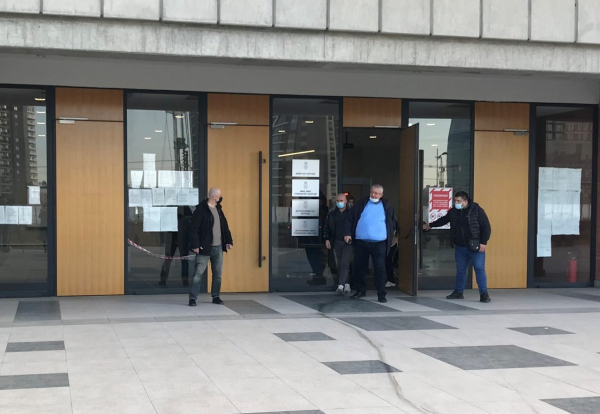 Franjo Baricevic obtained more valuable property in Croatia than he had in Serbia, contrary to his case against the state of Serbia and Serbian Radical Party leader Vojislav Seselj, a defence witness told Belgrade Higher Court on Friday.

Hrtkovci was an ethnically-mixed village. But after the Croatian war broke out and Croats living in Serbia came under pressure from nationalist threats following a speech made by Seselj in Hrtkovci, Baricevic decided to leave in May 1992.

Like many other Croats who lived in Vojvodina, he swapped his home in Serbia for a house in Croatia owned by a Serb family that wanted to live in Serbia because of the war.

Baricevic is suing Serbia and Seselj for compensation, claiming his property in Hrtkovci was worth more than the property he got from Branko and Desanka Milosavljevic in Croatia.

But the couple’s daughter, Stanka Stepanovic, told the court that she found out a few weeks after the exchange agreement that Baricevic got the better deal.

“I later saw in the contract that they gave more land than they got from Franjo,” Stepanovic said.

She claimed that Baricevic unlawfully took additional land in Jaksic and said she went to court over the issue in Croatia but lost the case.

She further claimed that house that her family got from Baricevic in Hrtkovci was in much poorer condition than the house they gave him.

She recalled how her parents’ house, like other Serbs’ houses in Jaksic during the Croatian war, was attacked several times in the first half of 1992 with grenades and other weapons. She said that the family would have never left Jaksic otherwise.

“Never, of course we would not have left it if there had not been a war,” she told the court.

Seselj proposed that Stepanovic testify. Her mother Desanka was also suggested as a witness, but she died last year.

Seselj was sentenced in 2018 to ten years in prison by the UN court in The Hague because of his speech in Hrtkovci in 1992.

The court found that the speech incited violence and “violated the right to security” of Croats living in Hrtkovci, “thereby committing the crime of persecution”.

The next hearing will be held in June.