Bulgaria’s President Rumen Radev, who has previously refrained from criticism of the country’s former Communist system, paid his respects at a memorial to the victims of the regime for the first time. 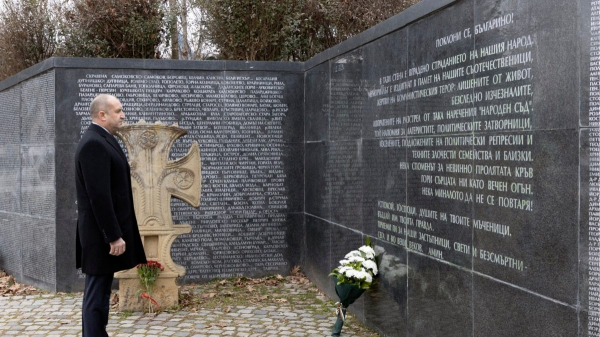 President Rumen Radev commemorates the victims of the Communist regime in Bulgaria on February 1, 2022. Photo: Presidency of the Republic of Bulgaria.

Rumen Radev made an unexpected appearance at a ceremony to mark the Day of Remembrance and Respect to Victims of the Communist Regime on Tuesday at a memorial to the victims in the Bulgarian capital Sofia.

This was the first time that Radev, who ran successfully twice as an independent candidate supported by Bulgarian Socialist Party, BSP, has participated in the event.

During his six years in office so far, Radev held to the BSP’s line of not commenting critically on the legacy of the repressive Communist regime. The BSP is the direct successor of the former Bulgarian Communist Party.

“We may like Rumen Radev or we may not. We can approve of or criticise his positions. We may be worried about the excessive concentration of power in his hands – and we should always be concerned when there is a danger of gathering too much power in one’s hands. But hats off to him today,” Radan Kanev, a Bulgarian member of the European Parliament, wrote on Facebook. “This is a historic moment on Bulgarian society’s path to the future,” Kanev said.

February 1 is marked as the Day of Remembrance and Respect to Victims of the Communist Regime in Bulgaria because on that day in 1945, the so-called People’s Court started convicting thousands of people, which soon led to a totalitarian regime that would last until 1989.

In February 2021, when criticised for not participating in events around the commemoration, Radev told media: “Let me be clear, I don’t separate victims according to the regime that killed them. The memory of all innocent Bulgarian victims is equally sacred.”

In the last few weeks, local media have increasingly speculated that Radev will sever his links with the BSP and start his own party which will help him stay afloat on the political scene after his second term ends.

Radev, whose profile increased after appointing two interim governments in 2021 and who is friendly with the current leading party We Continue the Change, has so far not commented on the speculation.

In the months after the so-called People’s Court began trying people allegedly connected to the previous government, over 9,155 people were sentenced, 2,730 were executed, and 1,305 were imprisoned for life, according to the latest estimates.

The exact number of executions is disputed. Among those killed were the three regents of the six-year old king of Bulgaria, Simeon II, who would become prime minister decades later from 2001 to 2005.

In 1949, the country’s major forced labour camp, targeting so-called ‘enemies of the State’, was established in the town of Belene and operated until 1989.

In 1996, seven years after the regime fell apart, the Supreme Court formally overturned the sentences from 1945 due to a lack of evidence against the accused. In 1998, the People’s Court was deemed unconstitutional.

February 1 was established as the Day of Remembrance and Respect to Victims of the Communist Regime in Bulgaria in 2011. Politicians involved with the former regime and its state security apparatus remain controversial in Bulgaria. 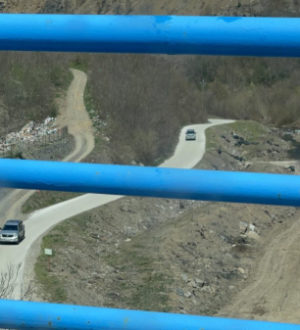 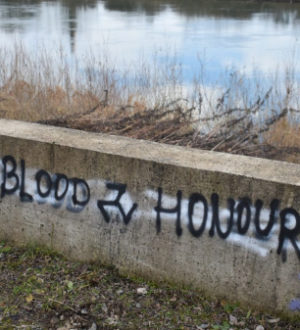